"We considered that it was not healthy for us in the neighbourhood of Gibraltar, after the affair of the noblemen - and we buried ourselves in the Sierra de Ronda."
(Don José) 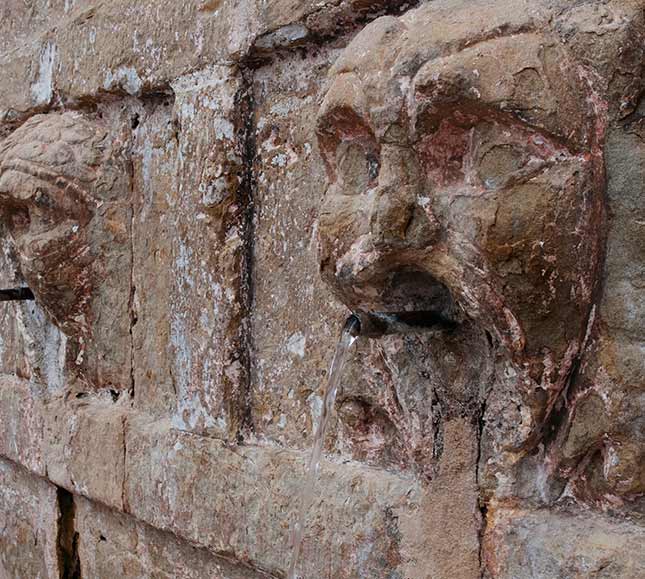 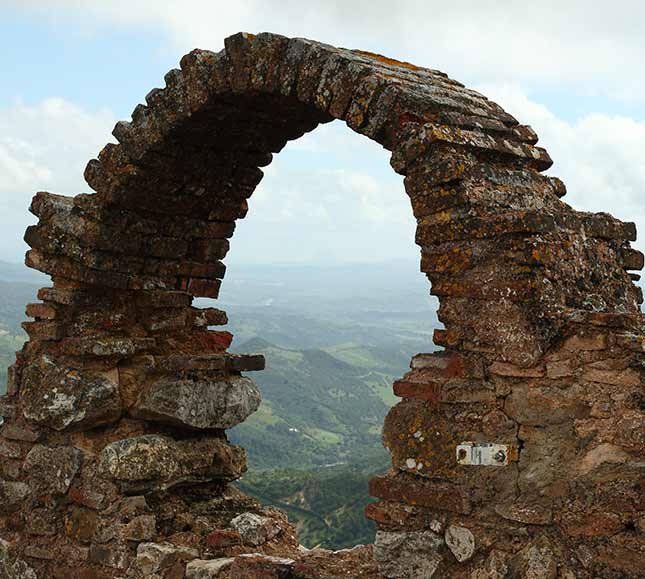 The Romans and before: Gaucín has enjoyed a vast and chequered history for such a small town (its current population is around 2 000). The town’s history starts in pre-historic times, and cave paintings from this time are still visible in Gaucín today. Legend even has it that Pliny, Strabo and Ptolemy were living in Gaucín when the Phoenicians invaded. Later, the town’s strategic position, and its point of access for the Ronda mountains – made it practically a watchtower for the region and led the Romans to use the town as a resting place for troops.

Traces of the Camino De Gibraltar, the original Roman Road that ran from Gibraltar to Ronda can still be seen today – and it was the Romans who built the famous Castillo del Águila – the ruined Castle that looms protectively over the town.

Legend has it that Julius Caesar himself rested his troops here, after a key battle at Munda in 45BC, during which he defeated Gnaeus and Labienus, the sons of his old enemy Pompey, to end the Empire’s Civil War.

The Visagoths: Around 400AD the Romans joined forces with the Visagoths in a bid to prevent the Empire falling into ruin from continuous Barbarian attacks. The Visagoths soon established themselves as the dominant power on the Iberian Peninsula – only nominally subject to the emperor in Rome – and during this time, Gaucín was named Belda. The Visagoths ruled until 711AD, when a Moorish army crossed the Strait of Gibraltar from North Africa and in a single epic battle defeated Roderick – the last Visagoth King.

The Moors: It was the Moors who gave Gaucín its modern name: Gauzan – meaning ‘Hard Rock’. For many centuries the town flourished under Moorish rule with its distinctive architecture and influences. In fact, Molino del Carmen is still a perfect example of this time – with its flagged floors, grandly arced mirador and imposing position. Arabic rule was also characterised by more or less constant conflict between the Moors and the Christians – and Gaucín, because of its position was often at the centre of these. Legend has it that Pérez de Guzmán, better known as Guzmán El Bueno (The Good), died in battle in the vicinity of the Castillo del Águila on 17 September 1309 – although he was a key player in the conflict, there is still some doubt about which side he was fighting for!

The Christians: On 27 May 1485, troops under the command of the Marquise of Cádiz, entered the village – and Christianity was established as the dominant religion. In the nineteenth century, Gaucín, after resisting Napoleon’s invading army for as long as it could, was sacked by Napoleonic forces. The French invaders burned, pillaged and ransacked – even hurling the sacred image of the Santo Niño (Holy Child, so venerated in Gaucín) from the walls of the castle. During this time ‘bandolerismo’ and ‘contrabandismo’ (smuggling) were widespread – these provided inspiration for Prosper Merimée´s novella, adapted by Bizet into the opera Carmen. Like most of Spain, Gaucín was heavily affected by the Spanish Civil War: more than 50 of its citizens were shot before the nationalists captured the town in September 1936. Again, contrabandismo and bandolerismo became career options in the impoverished town – with many perpetrators hunted and shot by the Guardia Civil